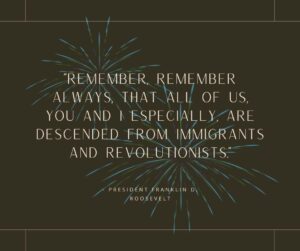 Happy New Year and welcome to the blog!

2021 brought about many changes in Immigration Law, due in part to President Biden’s orders attempting to repair much of the regressive and damaging policies instituted by the former Trump Administration, as well as recent court decisions that have also aided in reversing some of the prior Administration´s laws.  Some orders have been successful, yet others haven’t.

No, this isn’t me trying to be cynical. The reality is that immigration law tends to change from month to month or even sooner than that. It is just the nature of the beast.

For now, the following are the main issues affecting the general immigration process for the foreseeable future:

So, here’s to 2022. Hopefully it will be a good year for immigration. And if it isn’t, I will still talk about it here and wherever else I can.

Want me to write about anything in particular? Find us on Facebook and let us know.

PS.  I just realized our contact form isn’t working so I am in the process a fixing it.

Welcome to WordPress. This is your first post. Edit or delete it, then start writing!